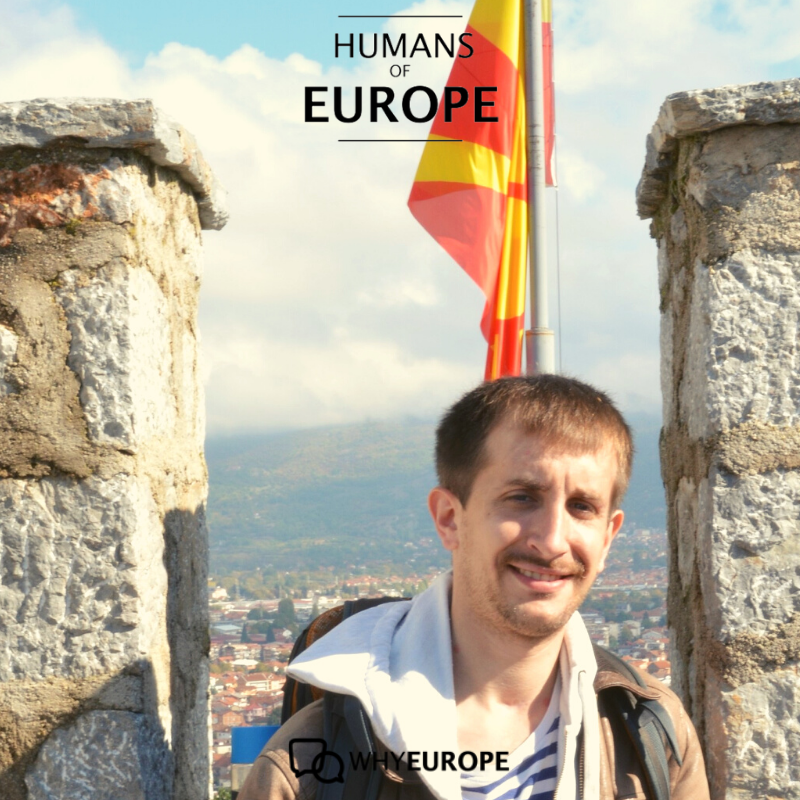 👋 Hello! My name is Jules. I come from Alsace, a border area in France neighboring Germany and Switzerland, which is part of the wider Grand Est region, also bordering Luxembourg and Belgium. I would describe myself as curious, persistent, and caring about the well-being of people around me. I first studied a Bachelor in Languages and Interculturality; then, for my Master’s, I decided to go for an Erasmus Mundus degree in European Studies.

💭 All along my path, I have always been firmly motivated to strive for meaningful purposes. This explains why I previously was a Political Officer trainee at the EU Delegation to the Council of Europe, which turned out to be a very positive experience. At a later stage, I have also been a team member (Interreg Volunteer Youth) of the cross-border project INTER•RELIGIO at Strasbourg University.

🗺️ So far, I have been studying or working in Strasbourg, Sydney, Göttingen, Sarajevo and Skopje. Living in a foreign country is very insightful and stimulating, as I am fascinated by intercultural issues. That is also the reason why I decided to work at the French Institute of Sarajevo a few years ago and why I took part in a one-year mission as a team member of the Youth NGO Volunteers Centre Skopje – Волонтерски Центар Скопје in the European Solidarity Corps framework.

🇪🇺 Maintaining and fostering a constant dialogue between European citizens is a smart move to bring evermore depth in the sense of belonging to a community with a common destiny across our continent. As long as there is a channel of communication between people on either side of borders, there will be hope. My experiences in interregional cooperation such as the Youth Manifesto initiated by the European Commission’s DG REGIO make me think so: I firmly believe that exchanges between the peoples of Europe reduce the risk of populist rhetorics, which is capable of turning civil societies of neighboring countries against one another.

Jules is one of the many experiencing the European project in all its complexity.