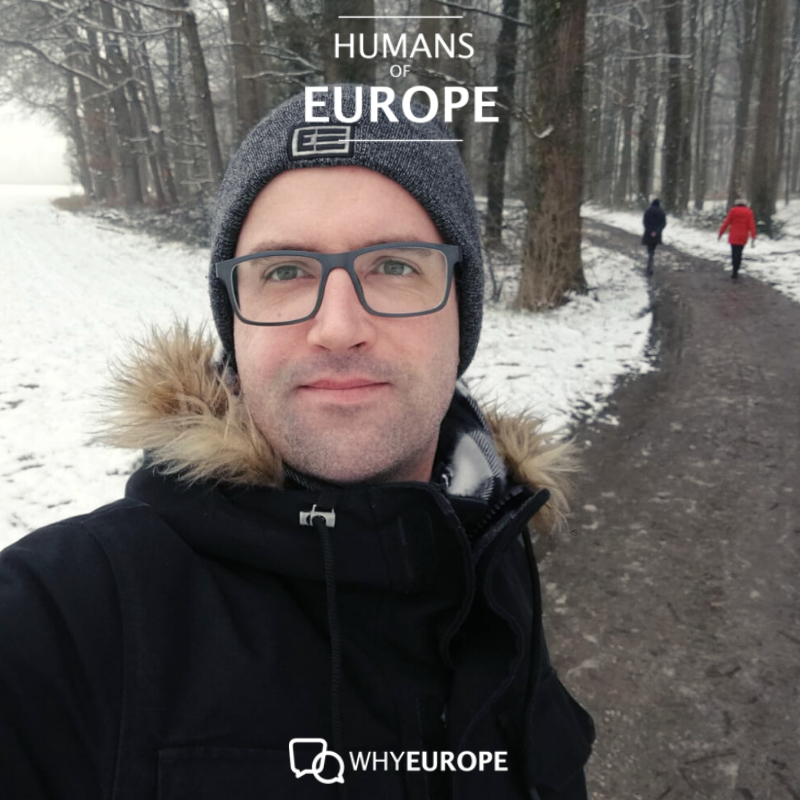 👋 My name is Guilherme and I am a 38-year-old Brazilian journalist. Born in 1982, I consider myself as part of the “X-ennials”, that perhaps unique and last generation that grew up reading newspapers without computers, though right in the beginning of adolescence got in touch with that – and never let it go.

💭 My connection to Europe begins precisely in the evening of November 9th, 1989. I don’t think I need to mention what happened back then. The fact is that, at the age of 7, I couldn’t understand the reasons why so many people were celebrating on a bunch of concrete blocks in the middle of a city called Berlin. From then on, I got a huge interest in history and, consequently, in Europe.

📰 At the age of 23, already graduated in Journalism, I moved to London to pick up a better English and closely see that enchanting crazy rock music scene. Through various Interrails, I was able to visit France, Belgium, the Netherlands, Germany, Italy, Austria and Czech Republic. What a great experience. Something, though, was quite missing. Back to Brazil, I decided I should invest my time in learning my ancestors’ language: German. Along with that, Spanish, language of most of our great South American neighbours.

🎓 In 2018 the time came for me to yet again further my studies. Last September, despite all the difficulties imposed by these struggling times, I obtained my Master’s degree – once again, in Europe. A great adventure. A great challenge. A lot of learning, successfully accomplished.

🇪🇺 When it comes to Europe, one thing that catches my attention is the capability of this project to move forward, reinvent itself, build and be rebuilt. And no, I am not closing my eyes to the problems and challenges that this continent has to overcome – also taking into consideration Brexit and the rise of populism. What I want to say is: as one of the main global political actors, the EU must constantly discuss and keep its agenda up to date. Because, in the end, it is a place where human rights and economic stability blend with safety and social security. It is the place where a puzzle of countries mostly identify with their neighbours despite being so much different.

🧱 Besides the freedom of movement, the chance of working somewhere else, the opportunities of learning and speaking foreign languages around the corner, the European Union is a peace project that must be kept on. For that, on the other hand, new generations must learn that a peace project doesn’t sustain itself without being open to debate old and new problems. It is necessary to keep building consciousness through generations.

👥 Personally, I feel like I am walking the same path that my ancestors once did. Though I feel completely at home in some countries – especially in Germany – perhaps, that immigrant feeling will never vanish from me. I am not from here – at least not completely. However this is the place that is also part of my history, that once my ancestors helped to build and then left seeking for better life opportunities in a new vast continent. As you can see, immigrants matter. And we – Europeans or not – are all part of that.

Guilherme is one of the many making Europe their home.