Hello! My name is Sarah, I come from Dijon, Burgundy, and I’m currently attending a double bachelor of French-German Studies and International Studies at the Sorbonne Nouvelle University in Paris.

My interest for French-German affairs, which then turned to European affairs, derives from the strong inter-regional partnership that Burgundy and Rhineland-Palatinate, a state of Germany, have built. Thanks to it, I could have access to many student exchange experiences. In 2018, through the French-German Youth Office, I had the opportunity to attend a German “gymnasium” for 10 months. During that time I also had the chance to teach French and promote French culture.

The school was situated in Halle-an-der-Saale, a city which was part of the former German Democratic Republic: this feeling of living surrounded by history made me understand that what is done today can have a huge impact on the future. Thanks to this exchange I also understood the central role of France and Germany within the European Union and, eventually, I would like to contribute to their cooperation.

I believe that encouraging exchanges, above all among young people, allows for a better understanding of one’s neighbour. Plus, learning languages is the key for a united Europe. As a European citizen, I want to ensure the ongoing relationship between France, Europe and the other countries. 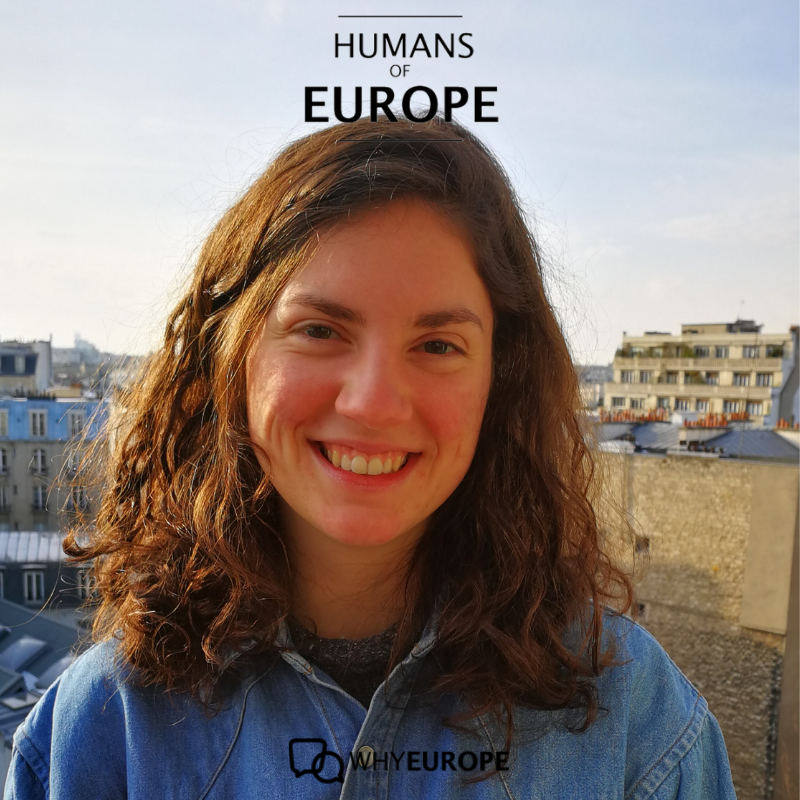 Sarah is one of the thousands experiencing Europe day by day.

Do you have a similar story? Share it with us, get in touch and become part of #HumansofEurope!