I’m Olga, a writer, journalist, and translator, originally from Poland. I now live with my German husband and three multicultural children in the Netherlands, where I recently published Niksen. The Dutch Art of Doing Nothing.

In 2004, I boarded a bus going to Hamburg. Poland had just joined the European Union and I was excited and proud to be a Polish student participating in the Erasmus exchange. I didn’t know then that this trip would completely turn my life around.

I met my husband and later moved to Canada, Germany, and then the Netherlands with him. […] In our family, we try to respect and accommodate all cultures. For example, I make Polish dishes for Christmas. We have decided to celebrate Hanukkah this year as well. My children are attending a German-speaking school, they speak Dutch with their neighbors and are learning English and French. I can’t say how my kids identify as they’re still little but I feel truly and proudly European.

My mother used to live in the Netherlands as a child, and my father grew up in France. When I was three years old, we moved to Germany. […] I’m now trying to explore my Jewish roots. Perhaps that’s why, when I say “I’m Polish,” it doesn’t feel like the whole story. I always want to add “…but I was raised in Germany and, and, and…” Saying “I’m European” allows me to describe my identity in a simple way, without having to share the story of my life.

I’m also a firm believer in the European project. All the divisions in Europe (and around the world) are breaking my heart. […] I believe Europe is bringing us together in all kinds of ways that we often don’t appreciate. You don’t have to move abroad or speak multiple languages to feel European. I believe it’s not something for the elites and you don’t have to give up your national identity to become European. These two can co-exist peacefully side by side. 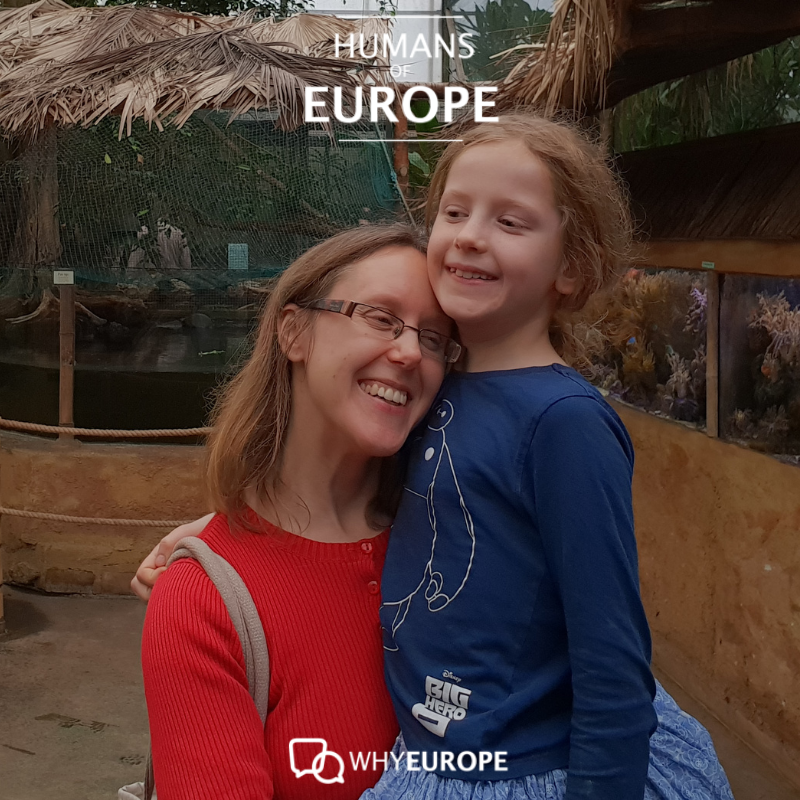 Olga is one of the many who can proudly say “I am European”. Is your story any similar? Get in touch and become part of #HumansofEurope!