⏳ Born in the town of Zagreb, Croatia in the Yugoslav era to the parents of working-class, I spent my earliest childhood in embrace of hard socialistic values. The war of the 90s and the political collapse of the Federation resulted in my parents’ divorce. My life path and education continued in Slovenia, constantly moving from smaller towns towards the capital (Ljubljana) and to the second capital of Slovenia – Maribor, my residence for the last 17 years. Flying and growing spirit as I am, “the town you’re least likely to end up in” (as a foreign friend once described it) is definitely not my last resort.

🇪🇺 Freedom is one of the European values, as is intellectual curiosity, respect for others, tolerance and, perhaps the most important one in the times of pandemic – solidarity. At its core, European culture produces unique individuals that are committed to the welfare of others. We should all aspire to promote cultural production as a sector that connects and builds bridges, putting it at the heart of public debate and decision‐making. 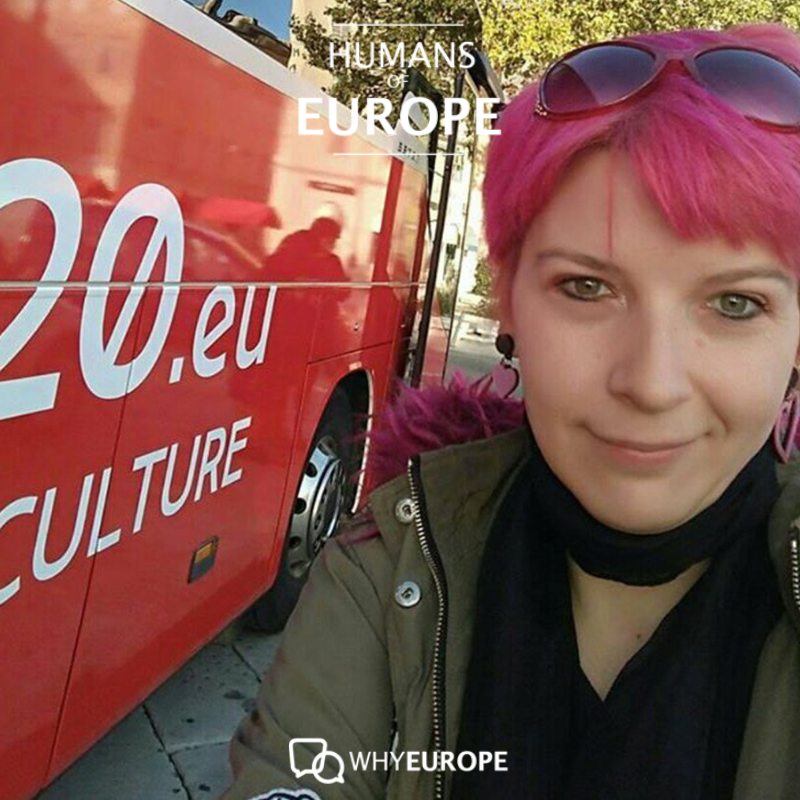 Tanja is one of the thousands making their voices heard.