My name is Karolina, I am a 24-year-old Polish physiotherapist and I am currently living in Warsaw. My country has been in the news because of last month’s ruling which imposed a quasi total ban on abortions. But this is not the only reason why Poland is in the media spotlight: it’s almost impossible not to have heard of the protests happening all over Poland. I myself also took part in the marches here in Warsaw.

Although getting Covid-19 is a constant danger, I mostly was scared to get attacked by violent “patriots” during the protests. In the end, I found the courage to attend and, honestly, it was something amazing – the atmosphere was great and I don’t regret that I went.

♥️️ This cause is so close to my heart not only because I am a young woman, but also because my work implies a lot of interpersonal contact – and often I deal with people who are struggling with problems such as reproductive rights. It’s just not right that someone from above can restrict my rights. Plus, it’s not only about the life of the fetus but also that of the mother, and men are involved as well, since forming a family is not a one-sided decision.

I believe that if European leaders disapproved of the actions of Polish politicians, they would not be able to get away with their inhumane decisions. At the same time I am afraid of other countries’ reaction towards mine, as Poland risks to make itself some enemies and end up isolated. Anyway, this is an unbreakable moment and we won’t be quiet. It’s time for change. 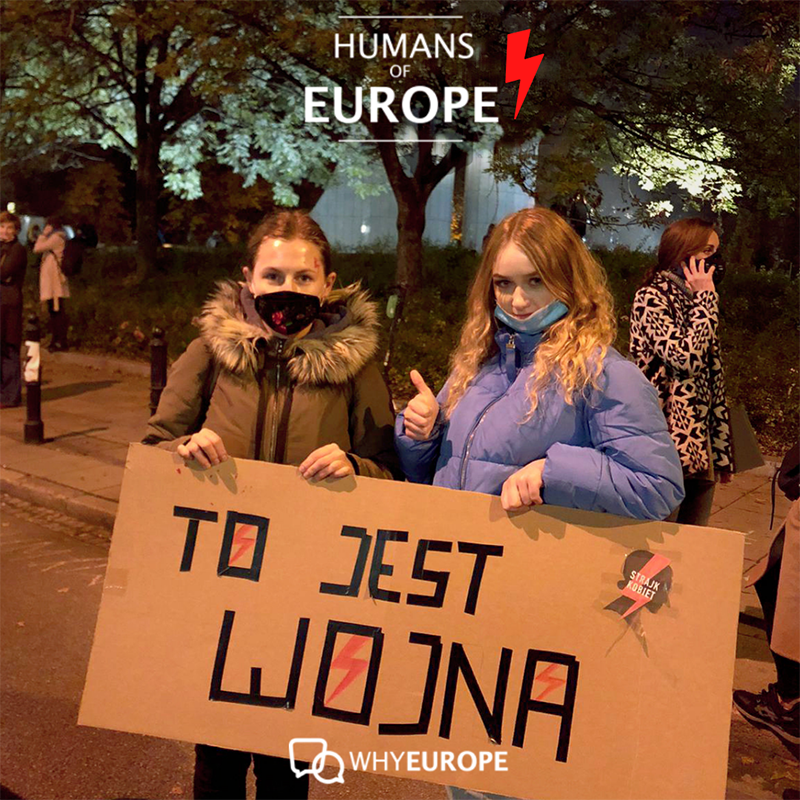 Karolina is one of the thousands making their voices heard.

Do you have a similar experience? Share it with us, get in touch and be part of #HumansofEurope!
Humans of Europe form